Fishermen of Esashi are producers who are dedicated to nurturing and protecting the ocean.
Greetings
Philosophy and Principles
Union Overview
Facility Guide
Table of Products 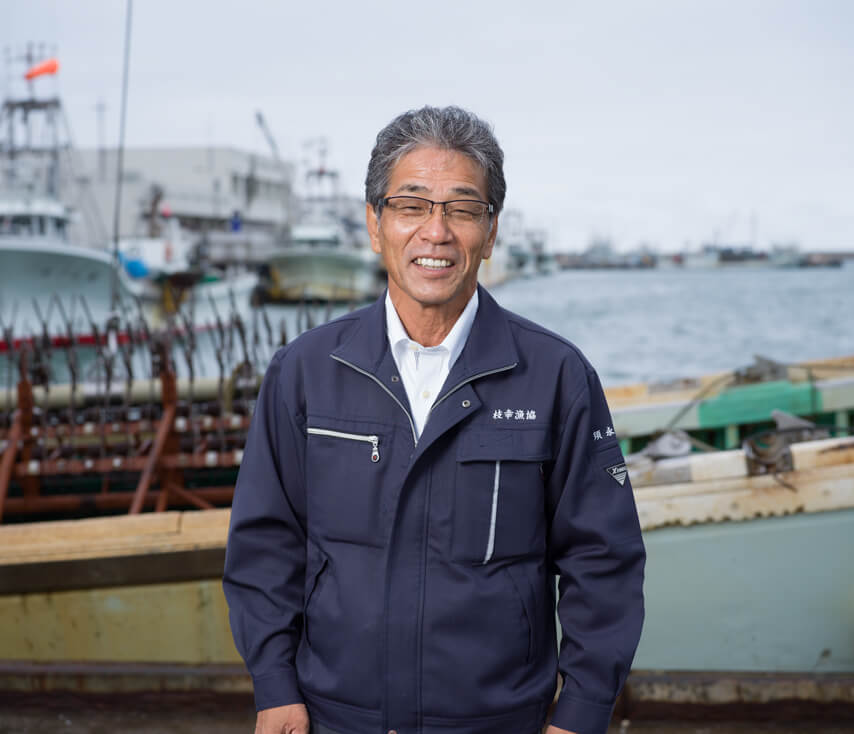 Since its founding in Showa 24 (1945),the Esashi Fishery Cooperative Union has dedicated its work to supporting core industries in the area.
Though today the fishery industry faces increasing difficulties, we keep in mind the spirit of "autonomy, independence, and mutual aid," the basic philosophy of the union, as we carry on.
We humbly ask for your continued favor and support going forward.

Our fishery cooperative promotes the development of an autonomic organizationwith the goal of improving our economic and social standing, and increasing our production capacity."One for all, and all for one" is our motto for building a fair and bountiful society!

For bountiful seas, and the brighter future of the fishing village of Esashi

In April of 1945, in accordance with the revision of fishery laws, fishery cooperative union laws were enacted, and when the fisheries association was disbanded, and the Esashi Fishery Cooperative Union was established. Since then, we have faced numerous challenges and difficulties, overcoming each and continuing to the present.
It is our job to make the oceans pioneered by our ancestors bountiful again, and to do so we must be thankful for the blessings of nature, and do everything in our power to maintain and preserve our resources.

With a unified spirit of "autonomy, independence, and mutual aid,"which is the basic principle of the union, we seek to make the seaside town happy and contribute to the community.

Where savings is concerned, we strictly adhere to the "JF Marine Bank Basic Policy" and safety net provided by the fishery cooperative union credit business, and thus protect the funds of our members. Where loans are concerned, there are a number of loans available through the membership fishery-related loans, members and marine mates livelihood-related loans, local public loans, and various insurance agencies that are utilized to provide the necessary funding for our members.
(Caution) JF Marine Bank basic policies are common policies regarded throughout the nation, and must be strictly obeyed by fishery cooperative unions to preserve fiscal soundness. 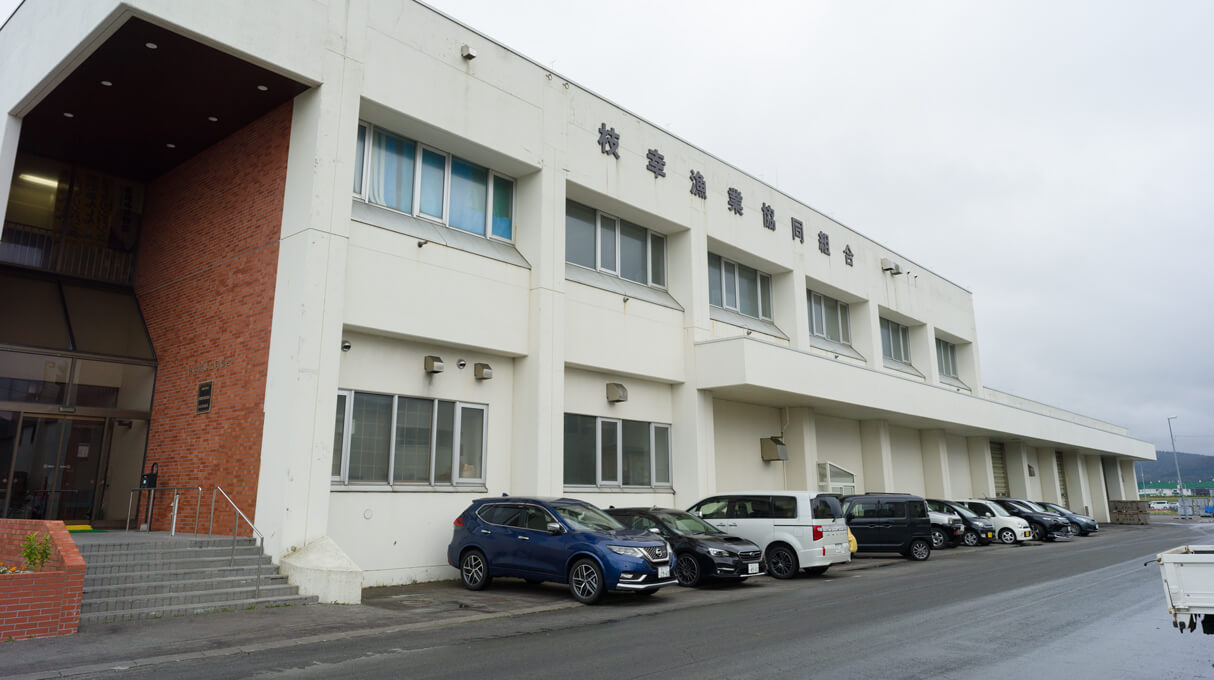 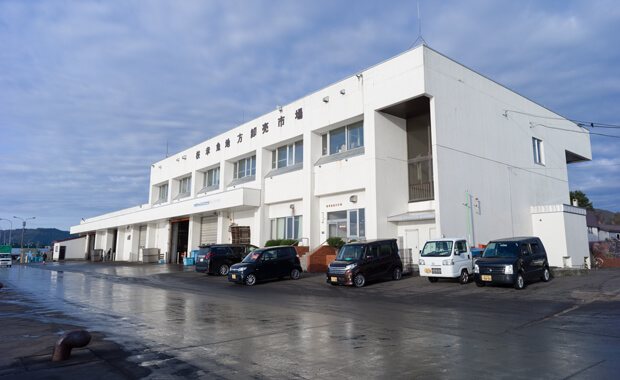 Beginning in March, king crab, horsehair crab, and scallops appear on the market, while octopus joins around May, and salmon and other Esashi products appear from around September.
Number of buyers - 41／Total area - 1569.54㎡ 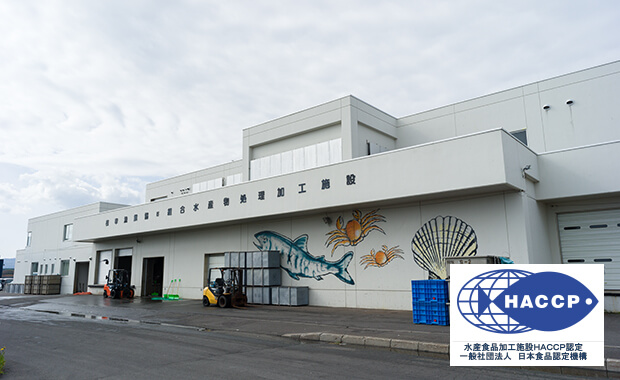 Scallops, horsehair crabs, salmon, and other fish are processed here. The processing facility for frozen scallop adductor muscles are certified according to EU HACCP, and US HACCP system. 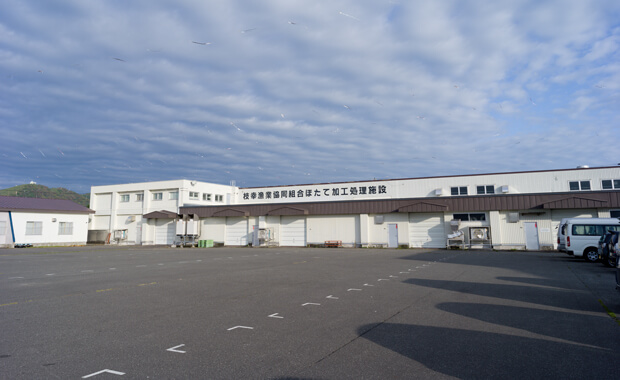 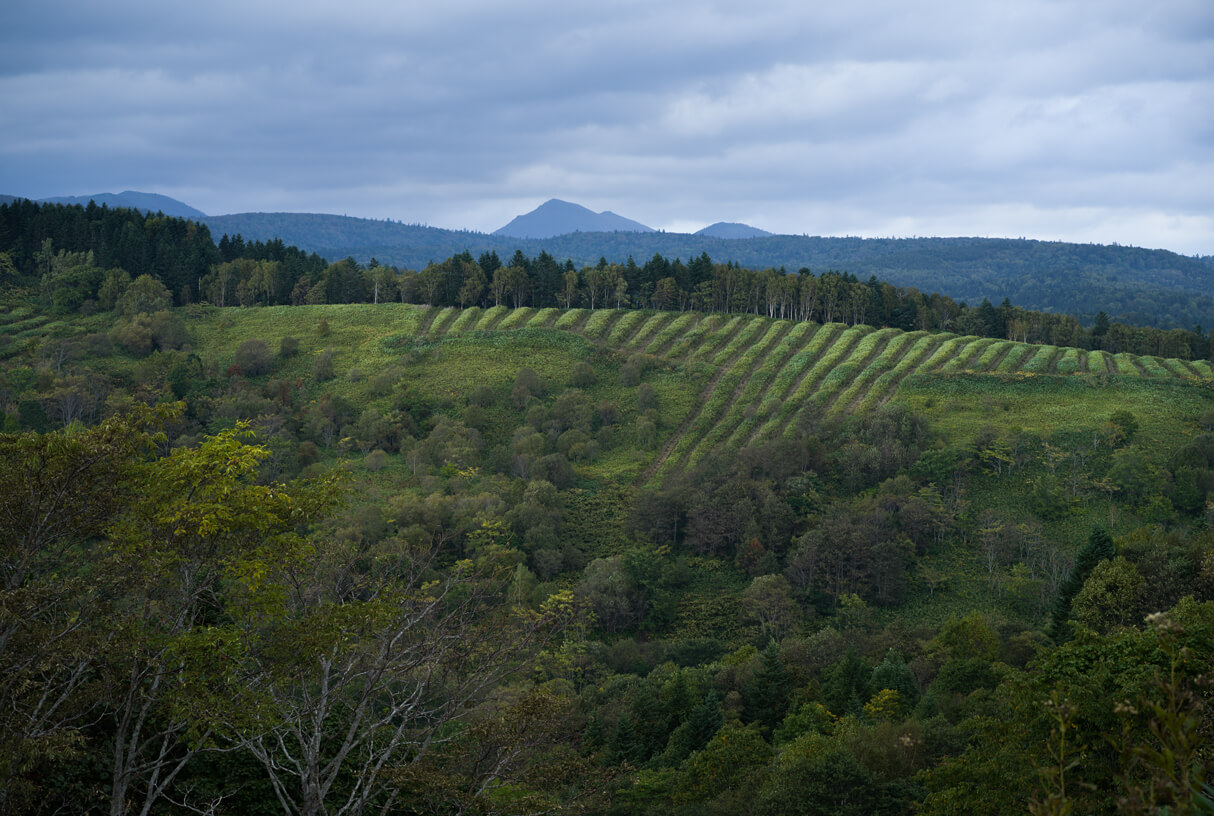 In 2001, the Esashi Fishery Cooperative Union acquired 9.5 ha in Yamausu, and in 2013, 153 ha in Utanobori district. Ancient fishermen said, "If you want to increase the fish, you must plant trees in the mountains." It is said that, "fallen leaves become compost, then the snow falls and is packed over the soil. When the snow melts, the phytoplankton flows from the river into the sea, which becomes food for the fish. This invites bigger fish." It is our hope to utilize nature's power to increase the number of fish in the sea.